Reports are going viral that restaurants in states that increased the minimum wage – such as California, Arizona and Colorado –  are charging as much as 6% surcharge to customers.

It is unclear whether customers are being notified of the fee before the meal is ordered or after.

But the twitterverse is making it known what restaurants dare charge this extra fee.

Restaurants say adding the fee helps defray the cost of wage increases like minimum wage and health care.   If they did not charge the new fee, the only alternative would be to raise prices, fire staff or close they say.

But many see politics:

The surcharge also allows restaurants that opposed minimum-wage increases to highlight the consequences.

“We want people to understand there is a cost,” David Cohn, the owner of 15 restaurants in San Diego, told The Journal. “How do we stay in business with margins shrinking and competition increasing?”

It’s also curious to wonder if charging a surcharge is a way for owners to avoid paying more in taxes than, say, increasing the price of the meal.

NYC is having none of it, posting a page on the city’s .gov website should  New Yorkers wish to file a complaint against an eatery.

In Washington State, the W hotel had to drop its surcharge after complaints by patrons and two restaurants were outted online after they added similar fees. 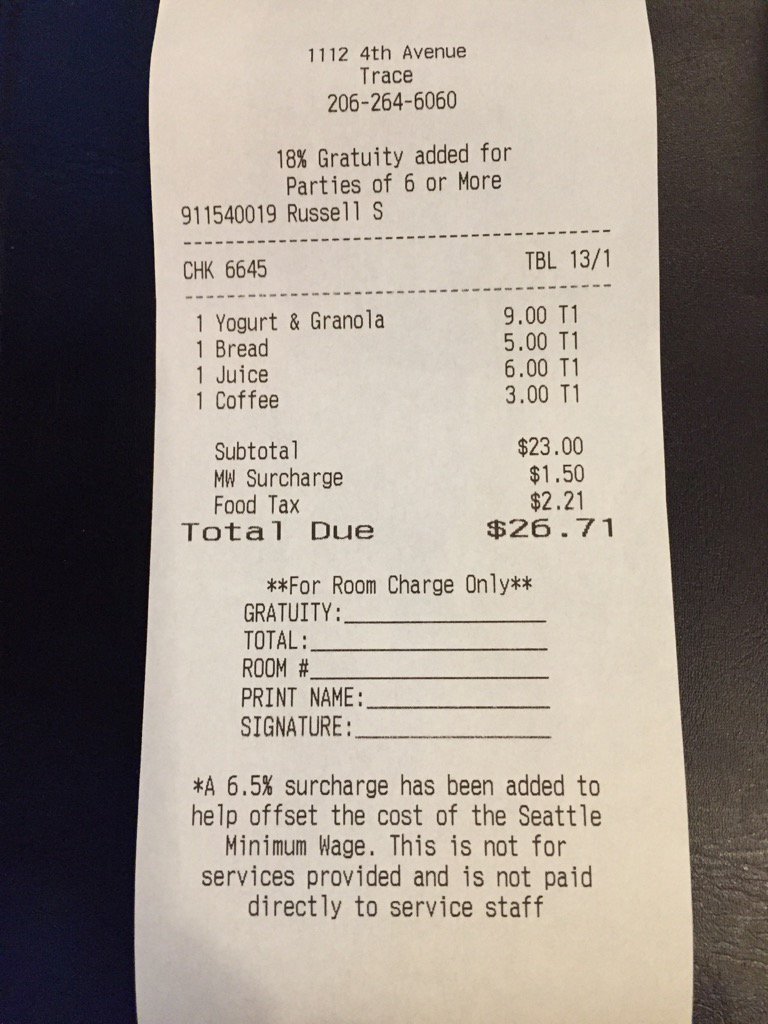 I think it’s important to note once these fees are added, they’re like highway tolls.  They never go away.

Remember how the airline industry added baggage fee to offset the cost of rising gas prices and slowing economy?  Well, the economy is booming and the price of oil has been falling for half a decade and those fees have never gone away.